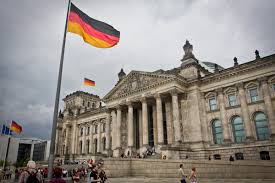 A new organization focused on public advocacy for blockchain has been launched in Germany.
Dubbed the Blockchain Bundesverband, the startups involved include Jolocom, Slock.it, IOTA and others based in Germany. The aim, the group said earlier this month, is to present "a uniform voice" and advocate for an open environment for the development of blockchain applications, particularly in the public sector.
One notable aspect of the Blockchain Bundesverband is its political advisory panel, which includes representatives from the country's major political parties. Members include Thomas Jarzombek of the CDU and Jens Zimmermann of the SPD, Germany's two leading parties. Representatives from Die Linke, Die Grünen and FDP are also part of the group.
The Blockchain Bundesverband is positioning itself ahead of federal elections, set to be held across Germany in late September.
The organization is eyeing the next government to take power as a potential partner. Once a new coalition forms in the Reichstag (Germany's legislature), the advocacy group will push for the "establishment of innovation-friendly legal certainty in the field of civil law, taxation and regulation", according to a new blog post.
The group is also calling for specific applications in the areas of record keeping and data management, as well as its use in "identity services and electronic signatures".
In statements, the startups involved argued that Germany should take a leading role in advancing the utilization of the tech.
"The potential of blockchain technology can only develop when citizens, as well as private and public institutions, connect with the technology and the technology itself is recognized by law and society," the group wrote.
Link:http://www.coindesk.com/german-politicians-join-advisory-panel-blockchain-advocacy-group/